Core Measures: We Have Quality Consensus

Today marks a genuine step forward in the effort to measure health care quality in a coordinated and coherent way. 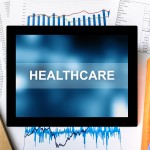 Today marks a genuine step forward in the effort to measure health care quality in a coordinated and coherent way. The Core Quality Measures Collaborative announced it’s developed a framework for the future. The group that includes a number of quality improvement organizations including NCQA has formed a consensus on core measure sets for select areas of practice – Accountable Care Organizations (ACO)/Patient-Centered Medical Homes (PCMH)/Primary Care, Cardiology, Gastroenterology, HIV/Hepatitis C, Medical Oncology, Obstetrics and Gynecology, and Orthopedics. The effort was initiated by the trade organization America’s Health Insurance Plans (AHIP) and many of its member health plans in conjunction with the Centers for Medicare and Medicaid Services (CMS).

Core Measures: Framework for the Future

This agreement sets the table for an aligned future. It is a blueprint that will help eliminate individual approaches to collecting and reporting the data we need to decide where and how we improve health care. Until now, it’s been a little bit of the Wild West with different systems collecting different information and analyzing it differently too. That’s created some chaos across the system in comparing the data, identifying issues and forming a plan to treat them.

These agreed upon parameters will prove more useful and meaningful for consumers, employers, clinicians, and the folks footing the bills—government and insurers. We’ll all be singing from the same songbook so we can better identify opportunities to improve care, to perform more efficiently and to better satisfy those who depend on the health care system, you the consumer.

More good news for consumers is that most insurers participated in this effort. They represent 70 percent of the combined population of health plan enrollees and fee-for-service Medicare beneficiaries in the United States. Doctors were not left behind. A number of physician organizations helped including: 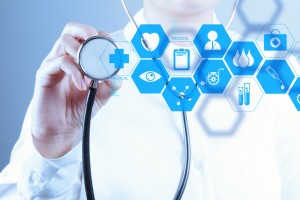 Even more, physician specialty organizations like the American Academy of Pediatrics are working with the Collaborative to develop a core set of measures for pediatrics.

We as an organization are also pleased that, in many cases, the Collaborative followed our lead in choosing its core measures. In the Patient Centered Medical Home (PCMH) and Accountable Care Organization (ACO) set of core measures alone, NCQA stewarded 17 of the 22 agreed upon measures. Another nine measures spread out among the other six specialty sets were also stewarded by our team.

This is a beginning. The year ahead will involve more work as the Collaborative’s members begin to set this agreement into action. It will mean watching closely how the aligned measures are used and may even lead to some modifications. This kind of change often produces unforeseen issues and sometimes, unintended consequences. After all, the core idea of quality measurement is to continue to improve, right? 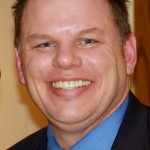 Matt Brock is the Director of Communications at NCQA. After more than two decades working in broadcast journalism, Matt now leads NCQA’s efforts to develop unique content that engages and informs consumers as well as providers, plans and policymakers via this blog, our website, NCQA.org and numerous social media platforms. Matt’s goal is to educate consumers and to direct them to the best resources when considering quality in their health care decisions.
http://NCQA.org
Core Measures: We Have Quality Consensus
Matt Brock