Early detection is key. Lung cancer is treatable and has a better prognosis when found at an early stage, when hallmark symptoms may be absent. Surgery alone may be curative.

More than three in five (61%) patients diagnosed while lung cancer is in a localized stage are likely to survive 5 years. When diagnosed after cancer has progressed to a regional stage, the proportion falls to one in three (34%).

Despite the known benefit of early detection, uptake of the USPSTF recommendation has been low. Fewer than 15% of eligible patients may have received a screening. A new project at NCQA aims to change that. 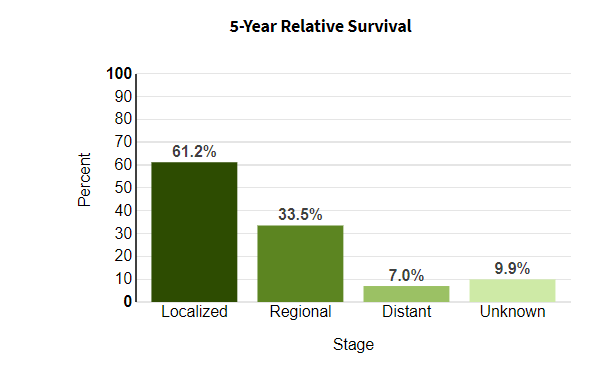 Through an award by the American Cancer Society and the American Lung Association, NCQA has begun development of a HEDIS® quality measure for lung cancer screening.

The NCQA effort is building on work by USPSTF and others. For current smokers, and those who stopped smoking within the past 15 years, USPSTF now recommends an annual low-dose computed tomography (CT) screening:

We expect to develop the measure by the end of 2024.

Get Better at Managing Antibiotics:
A New Web Guide